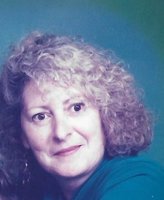 Sandra (Sandy) June Skinner It is with profound regret that we announce the passing of Sandra Skinner. Born in Bellingham, Washington in 1946, she was called to Heaven on 18 September 2020 after a long, difficult and valiant battle with Metastatic Breast Cancer. She is survived by her husband of 32 years, James (Jim) Skinner, sisters Janice Carter, Laura Jankord, Patricia Culley, Susan Hardwick, brothers Kenneth Thomason, Dennis Thomason, Daughters Donna Drissel, Janet Washbon, Jeanna Lynch and many very dear nieces, nephews and grand and great grandchildren. Sandra was the consummate business professional holding positions from Line Assembler to Production Control Manager and Senior Data Analyst in several Aerospace companies. She was an Extra Class Amateur Radio Operator (WB6NVO) and enjoyed the comradery of her fellow "Hams" (including husband K6BPT) for 32 years. Sandra was very dedicated to her Church assisting in every aspect of participation and support including Crafting, Choir and the Food Bank Ministry of Santa Cruz Lutheran Church in Tucson, Arizona. Sandra's ashes will be interred at Santa Cruz Lutheran Church Memorial Garden. A Memorial will be announced in the coming months. In lieu of flowers, we ask that donations be made in Sandra's honor to the Arizona Oncology Foundation (www.arizonaoncologyfoundation.org) or a charity of your choice.