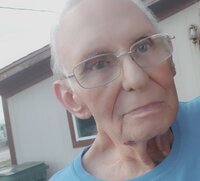 Karl owned and operated an automotive shop in Benson, Arizona for several years called Karl’s Auto and Tire Repair. The family would like to thank all of the loyal customers and friends that were made along the way.

Karl will be dearly missed by his family, friends and the community.

In lieu of flowers, memorial contributions may be made to the missions at Community Bible Church in Benson.