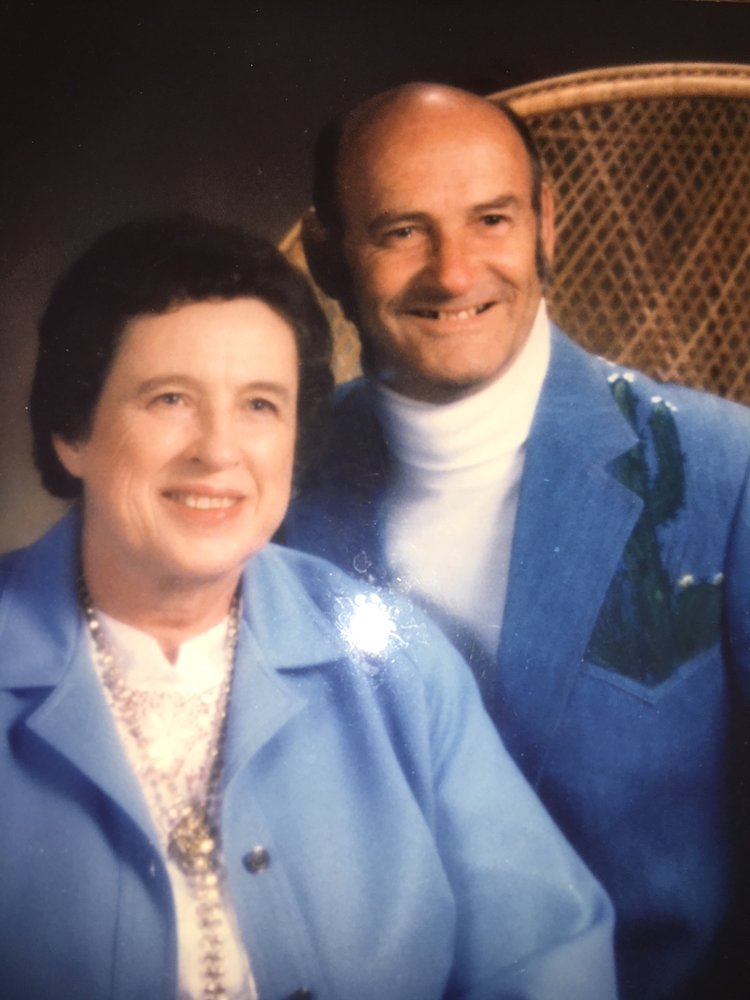 June Taylor was in her late teens (around 1949) when she accepted the free gift of Salvation. She was attending a Campus Crusade rally when she was confronted with her need for a Savior… the only Savior… Jesus. She asked him to forgive her sin, cleanse and change her. That day marked her membership into the Kingdom of Heaven, changed her heart and began the countdown to when she’d meet Jesus face to face as a joint heir.

On Monday, September 16th, 2019, at 88 years old, June crossed the threshold of this life to her eternal life. There she joined her husband Floyd Taylor, son in-law Gene Atkison and her granddaughters Bethany Womack and Michelle Helmintoller, and other family and friends who went before.

June “June bug” was born in Valley City, North Dakota, on March 3, 1931 to Claude and Ada Fredrick (pre-deceased). She had one brother Howard Fredrick (also pre-deceased).

After high school, June joined the Air Force as a Weather Forecaster and during her four-year enlistment achieved the rank of Sergeant. She also met Floyd Taylor, the love of her life and they were married on February 25, 1953. They’d been married for 49 years, 6 months and 13 days when Floyd left this life to be in the presence of the Lord.

If life on this earth is measured by being fruitful and multiplying, then June had a very full life. The mother of 5 (10 if you count the wonderful spouses whom she treated as her kids), Bethany and her husband Steve Hawthorne, Chris and husband Bill Womack, Martin and wife Tami, Mark and wife Sandy, and Kevin and wife Sheila, and so far, 18 grandkids and 22 great grandchildren. June and Floyd’s legacy isn’t the number of their family, but is instead the life they lived and shared as Christ followers with those who loved, knew or met them.

During her working career, she was a collections manager for Montgomery Wards for a time. Later, she began and built an extremely successful business in home craft products. She touched numerous people with her generous spirit, friendly demeanor and loving touch. In the late 70’s, Floyd and June purchased and ran a motel called the “Circle Bar Motel” (It wasn’t a Bar… just a Motel) at the corner of Prince and the Freeway. They served the community for nearly two decades until the city moved them out to expand the I-10 freeway. They found their way to the Picture Rocks community on the West side of the Tucson Mountains, a few miles past the Desert Museum.

While June missed Floyd (Sonny) deeply for 17 years, she stayed busy as a volunteer at the Picture Rocks Community Center working in the library and also at the Az Desert Museum. She developed many lasting friendships along the way.

No matter when you’d see June, she always had a warm smile and open arms, ready to give you a hug.

Enjoy your new home June. We’ll miss you up to the moment we join you there.

Celebration of Life Memorial Service to be held on Saturday October 19th 10:00AM, at the Praise Center, Picture Rocks, Az.

In lieu of Flowers, please make donation and tribute gifts to the Az Desert Museum in memory of June Taylor https://www.desertmuseum.org/support/ongoing/memorial.php.

To send flowers to the family of June Taylor, please visit Tribute Store