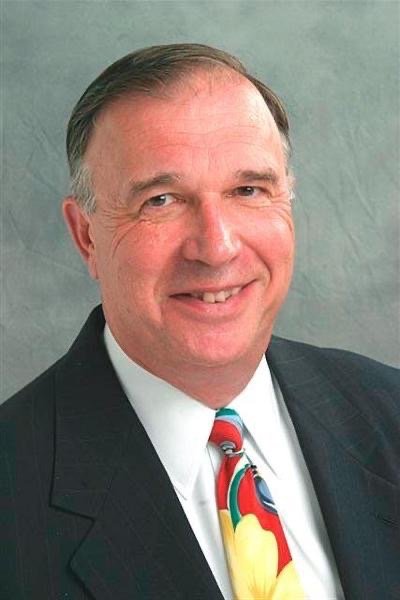 Richard Polheber, loving husband, father, grandfather and friend to many, passed away on October 27, 2019 at his home in Tucson, AZ after a courageous battle with cancer. He was born on August 1, 1946 in Des Plaines, IL to the late Agnes and George Polheber.

For the past 45 years Rich Polheber’s focus was healthcare and community service.  In 1974, Rich came to Tucson, Arizona and joined Tucson Medical Center. The medical center grew to become an integrated delivery system by the mid-90’s. During this growth, Rich progressed from a department director to various leadership positions including Chief Operating Officer before becoming the Administrator for Tucson Medical Center and Senior Vice-President for Health Partners of Southern Arizona. In these years he held responsibility for all acute, sub-acute, and extended care facilities as well as affiliated relations in Southern Arizona and northern Mexico. Rich was a visionary and under his leadership TMC Hospice was founded.

After leaving Health Partners of Southern Arizona, he formed a consulting company and worked for two years with clients both in and outside of Arizona. He served as CEO for Page Hospital, located in northern Arizona, and their network from 1997 to 1999. Between 1999 and 2009, he served as CEO for Carondelet Holy Cross Hospital, part of Carondelet Health Network, a member of Ascension Health. In 2010 he served as the interim CEO for the Arizona Association of Community Health Centers and from December 2010 to January 2012 he represented Health Tech by serving as the CEO of Palm Drive Hospital. In January 2013 he took the position of CEO for Benson Hospital.

His executive leadership crossed beyond the traditional structure of a hospital. He was involved in managed care, homecare, for-profit activities of a laboratory, courier service, and physical billing service, freestanding clinics, physician centers of excellence, and a long-term retirement housing. In 2009, Rich was recognized for his leadership in healthcare in Arizona by the Arizona Hospital and Healthcare Association with the presentation of the Salsbury Award. Further, Rich was a founding member of the Center of Health Management Research, the only management center funded by the National Science Foundation.  He lectured at the University of Arizona (U of A) and Arizona State University and served many years as a member of the Advisory Board for the College of Nursing at the University of Arizona.

Prior to entering healthcare, Rich was enlisted in the U.S. Army where he achieved the rank of Captain and was Chief of the Operations Division Air Defense Board while working in research and development of missile systems at Fort Bliss in El Paso, Texas. After leaving the Army, Rich was a junior high school mathematics teacher for several years and was an adjunct instructor with the College of St. Francis.  Rich received a Bachelor of Science in mathematics from Loyola University (Chicago) and a Master of Business Administration with a concentration in healthcare management from the University of Chicago – Booth School of Business.

Outside of healthcare and community service, Richard was a devoted father and loving spouse, taking his family on vacation every year to enjoy the outdoors and engage in his favorite past-time, fishing. He said that his love of fishing began when he would walk down to a pond near his childhood home to fish and enjoy nature.  Richard was also a gifted carpenter who spent time working on projects in his workshop with his children and grandchildren. He often gifted his beautiful creations to family and friends, including pens, ornaments, and even baseball bats. Richard always put his family first and all who knew him will forever celebrate his kindness, sense of humor, and generosity.

In lieu of flowers, donations may be made in his name to T.M.C hospice.

To send flowers to the family or plant a tree in memory of Richard Polheber, please visit Tribute Store
Print
Saturday
16
November