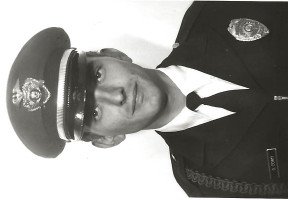 George W. Corti, 74, passed away on January 7, 2020. Born in Poughkeepsi, NY, on December 14, 1944. George is survived by his daughters, Alicia Corti and Jocelyn Wallace, and grandchildren Jesse Corti, 25; Anayd Corti, 18; and Jaiden Corti-Marin, 6; Gavin Wallace, 13, and Layla Wallace, 11. George grew up in South Tucson, AZ, and was the first to earn Eagle Scout rank and the Order of the Arrow in March, 1959. He started with the South Tucson Police Department in 1964 as a dispatcher, and was appointed to Chief in 1971, a position he served until March, 1975. During his years with the department, George served with the Metropolitan Area Narcotics Squad. He also worked with the Tucson Police Department Special Investigation Unit and was a graduate of the Southern Arizona Law Institute, Federal Dangerous Drugs and Abuse Control Academy, the Federal Bureau of Narcotics, the Department of Justice Academy and School of Police Supervision. George spent the last 15 years of his life working in the Security Department for Old Tucson. A celebration of life will be held Saturday, January 11, at 5:30 at Old Tucson, 201 S. Kinney Road, 85735. In lieu of flowers, donations can be made to the Boy Scouts of America, Catalina Council, in memory of George Corti.