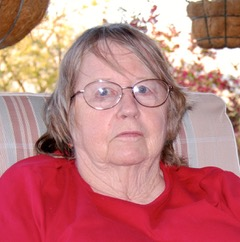 The daughter of Mr. and Mrs. Raymond Thompson was raised in Vega, Texas. She left high school after her junior year and went to Colby College in Maine for the summer to study German. Returning to Texas she entered West Texas State College and graduated with a BA degree in political Science and a MA in Economics.

Cynthia married David Whatley of Pampa, Texas in January 1960 and moved to Fort Sill, Oklahoma where he began his Army career as a commissioned officer. During their 20 years in the Army she worked as a librarian at Fort Sill, completed a management intern program with the Air Force, became a position and pay management specialist at walter Reed Army Medical Center, at the Pentagon and in Germany. Cynthia completed the core graduate courses in Public Personnel Management at The George Washington University and while working for the US Army Recruting Command was selected to attend the residential Middle Management Program at Simmons College in Boston. After service as the personnel Officer for the Savanna Army Depot and Ammunition Safety Training Center in Illinois, Cynthis returned to Washington DC area as a chief of management employee and labor relations stationed in Northern Virginia.

Her husband retired from the Army and they moved to Ruidoso, New Mexico where they owned and operated the H&R Block income tax office for 16 years. At the time of her death they had been married little over 60 years.

Her interests were cooking, weaving, beading, sewing, and almost any textile work. She was a member of the Handweavers Guild of America. And, she loved getting in their motorhome and hitting the road. Cynthia Is survived by her husband, and his brother and wife, several nieces and nephews and their lovely children, five cousins and a sister.

For their superb care and consideration the family wishes to thank the Memory Care unit at Sage Desert, Agape Hospice and Angel Valley Funeral Home in Tucson. Additional plans, undetermined, will be handled by Carmichael-Whatley Funeral Directors in Pampa Texas.

To send flowers to the family or plant a tree in memory of Cynthia Whatley, please visit Tribute Store