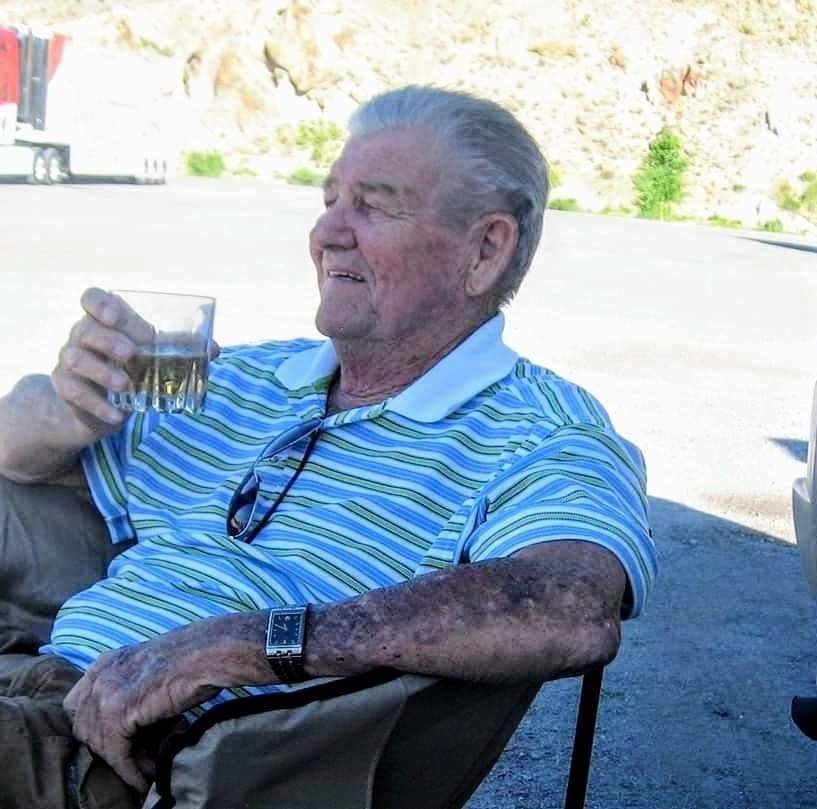 Ronald Dean Pohlad was born December 18, 1941, in Fort Dodge, IA. Following a severe stroke, he passed away on June 24, 2020, in Tucson, AZ, with his family at his side. As many will contest, he lived his life to the fullest and without a doubt, he definitely did it his way.

Ron graduated from Fort Dodge High School in 1960 and enlisted in the Air Force where he served from 1960 to 1964. After serving his country, Ron returned to Fort Dodge and began working at Ridgewood Lanes, resuming his passion for bowling (which started when he was 14 years old setting pins by hand).

On September 11, 1971, he married the love of his life Jane in Gowrie, Iowa. Shortly after their marriage the moving began. While working for Brunswick Corporation they lived in Louisville, KY, Salisbury, NC and Virginia Beach, VA. During this time Ron and Jane welcomed two daughters, Renae and Kelly, giving their son Tim two sisters and completing their family.

Ron had a knack and passion for managing bowling centers (not alleys). He returned to Iowa in 1976 as general manager for Air Lanes in Des Moines. In 1981, he purchased Timberwood Lanes and moved the family to Webster City. While one business would be enough for most, Ron purchased yet another, going back to his roots and adding Frontier Lanes in Fort Dodge to his portfolio. He even later added a pizza place to the mix within Frontier Lanes called Luigi’s. Very Italian for a Pollock… with some of the best pizza in town!

In 1987 an opportunity arose for Ron to become a majority shareholder and general manager of Air Lanes. They made the move back to the Des Moines in 1988 and the family settled into Norwalk, IA. At Air Lanes Ron introduced “Glow in the dark bowling” to Iowa in 1996. It was a huge success! Together, Ron & Jane ran Air Lanes until selling the business and retiring in 2003.

Following retirement, with the help of Ron’s high school friend Gib Miller, he built a house in Adel, IA. Ron & Jane enjoyed their new home, but once again the moving itch took hold and they opted to head Arizona in 2009 to get out of the cold.

In 2014, with the birth of their youngest grandson (Hank), Ron & Jane found their way back to Iowa once more. But, after a few Iowa winters they decided it was high time to head back to the warmth and sun of Arizona, in 2017! They lived in Gold Canyon, AZ and then moved to Green Valley, AZ, in May 2020. At the home in Green Valley you can lounge on the patio and watch the golfers hack it up during the day, and see the stars shine brighter than nearly anywhere else at night. Jane has said he had never been happier, and if you get the chance to spend some time there, you can clearly see why.

Ron was never still… whether it be remodeling the bowling center, working on one of his many classic cars (his 59 Impala was likely his most prized of all), painting his house, golfing, doing yard work or giving us all a hard time. He loved his wife, his life and his family immensely. And anyone that knew him also knew he loved a good scotch, the Iowa Hawkeyes, traveling in his RV, his cowboy boots, the Braves, an old fashion cheeseburger, cigars, playing blackjack, pizza, peanut butter cookies, good times with friends and visits to Mexico. He will be so greatly missed by many and oh my goodness the stories all of us could tell.

Ron is survived by his wife, Jane Pohlad of Green Valley, AZ and their three children; Tim Pohlad (Julie) of Phoenix, AZ, Renae Peters (Jeff) of Norwalk, IA and Kelly Tibben (Justin) of Pleasantville, IA. He was blessed with six grandchildren; Charlotte, Gabrielle, Jayden, Jackson, Danielle and Hank . As well as his sister Judy Slagle (Dan) and brother Jack Pohlad and many nieces and nephews.

Preceding him in death are his parents John & Fern Pohlad, Uncles Donald Steburg (died in WWI), Walter (Bud) Steburg and Aunt Betty Adams and her husband George as well as his nephew Angelo John “A.J.” Cresta.

A service will be held at Iowa Veteran’s Cemetery in Adel, Iowa on Friday, September 11, 2020. The family invites you to join them that evening from 5:00 – 7:00 p.m. to help celebrate Ron’s life. The celebration is being held at his daughter’s house at 6699 61st Lane, Norwalk, IA, on which would have been Ron & Jane’s 49th wedding anniversary. Ron’s wife would very much like to share this day with all of their friends and family.

To send flowers to the family or plant a tree in memory of Ronald Pohlad, please visit Tribute Store
Friday
11
September

Share Your Memory of
Ronald
Upload Your Memory View All Memories
Be the first to upload a memory!
Share A Memory
Send Flowers
Plant a Tree