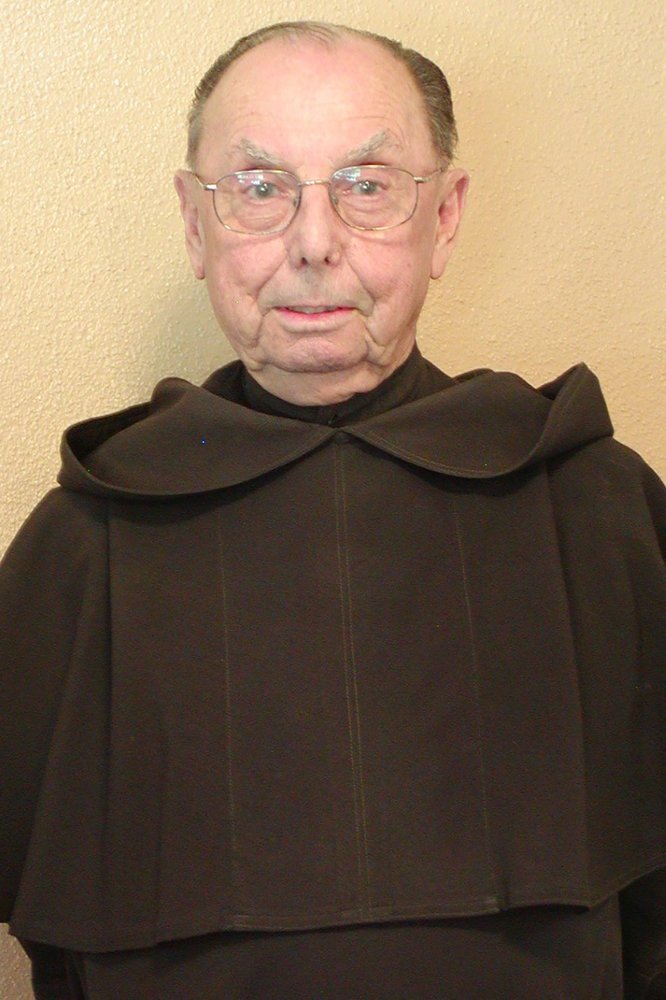 Thomas was born to (the late) Thomas John Conlon and (the late) Genevieve Marie (Thoden) Conlon on September 12, 1927, in Bogota, New Jersey. His given name at baptism was Thomas Joseph. He is survived by his brother Kirby and by his sisters Marie Wolf, Rosemary K. Gallagher, Imelda Smith, Sr. Raphael (Dolores Conlon), and Sr. Sebastian (Genevieve Conlon).

Thomas Joseph attended St. Joseph Grade School in Bogota, New Jersey, and St. Cecilia High School in Englewood, New Jersey. In 1949 he entered the Carmelite pre-novitiate in Akron, Ohio, and a year later he entered the Carmelite novitiate at Mount Carmel College in Niagara Falls, Ontario. He professed simple vows on September 15, 1951, taking the religious name of Herman. He professed solemn vows with the

Carmelites on September 15, 1954. He did further studies at Valley Community Center in Van Nuys, California; and at California State University in Northridge, California.

Brother Thomas’ first assignment was in 1951 as secretary treasurer of St. Cyril Priory in Chicago, Illinois, and also working as a member of the cafeteria staff at Mount Carmel High School in Chicago, Illinois. From 1965 to 1956 he served as a member of the parish staff at St. Mary Carmelite Parish in Joliet, Illinois. In 1957 he served for a year as the kitchen manager at Whitefriars Hall in Washington, DC. He then served for a year as a member of the staff at the Carmelite Junior Seminary in Hamilton, Massachusetts, and also as a staff member at St. Thérèse Chapel in the Northshore Shopping Center in Peabody, Massachusetts, and a staff member of the Society of the Little Flower.

Donations in honor of Brother Thomas Conlon, O.Carm., may be made to: The Society of Mount Carmel, 1317 North Frontage Road, Darien, Illinois, 60561.

For further information on Brother Thomas Conlon, O.Carm., or the Order of Carmelites, please contact Carmelite Media at (630) 971-0724 or visit the Carmelite website at www.carmelnet.org.

To send flowers to the family or plant a tree in memory of Br. Thomas Conlon, please visit Tribute Store
Wednesday
23
September

Share Your Memory of
Br. Thomas
Upload Your Memory View All Memories
Be the first to upload a memory!
Share A Memory
Send Flowers
Plant a Tree