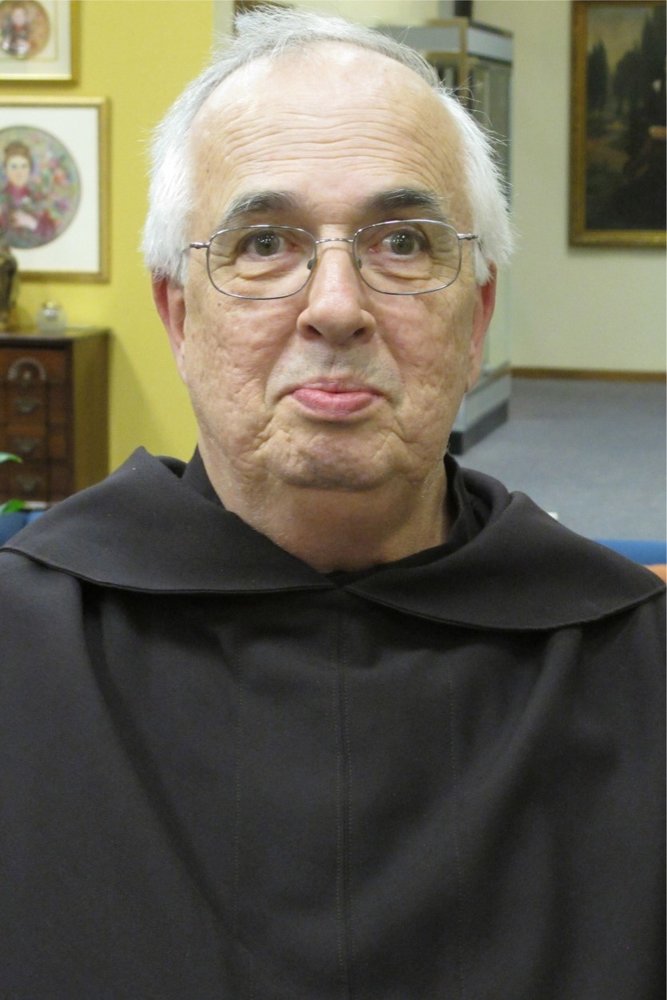 Due to Covid-19, a private Funeral Mass will be held on Saturday, September 19, 2020, at Our Lady of Mount Carmel Priory Chapel in Tucson, Arizona.

John was born to (the late) John Joseph Kwiatkowski and (the late) Irene Marie (Machak) Kwiatkowski on June 30, 1943, in Detroit, Michigan. His given name at baptism was John Ronald. He is predeceased by his sister, Frances Donatelli.

John professed simple vows as a Carmelite on September 8, 1964, taking the religious name of Charles. He studied at George Washington University, where he was awarded a Bachelor of Arts degree in anthropology in 1974. He then took his solemn vows on September 8, 1969.

Brother Charles’ first assignment was at Joliet Catholic Academy as a member of the staff from 1964 to 1966. From 1966 to 1970 he lived at the Infant of Prague Villa Priory in Akron, Ohio, where he served as farm manager for the Carmelite egg farm and worked in the print shop as a printer. He then served as librarian at Whitefriars Hall in

Washington, D.C., while attending George Washington University. In November of 1974, Brother Charles moved to Lima, Peru, to serve as a mission worker, and then on to Guatemala to study. In December of 1974 he moved to Niagara Falls, Ontario, Canada, to serve as manager of Society of the Little Flower while also teaching at Mount Carmel Prep Seminary. In September of 1977 he moved to Houston, Texas, where he taught at Mount Carmel High School until June of 1988, when he moved to Tucson, Arizona to teach at Salpointe High School. In 1996, Charles moved to Darin, IL, and began serving as Provincial webmaster, a position he served in until he retired in 2013.

In 2013 Charles moved to the Carmelite community in Tucson, Arizona, and continued to serve as Director of Electronic News. He then retired in 2016, continuing to live in the Tucson community, where he remained until his death.

Donations in honor of the Brother Charles Kwiatkowski, O.Carm., may be made to: The Society of Mount Carmel, 1317 North Frontage Road, Darien, Illinois, 60561.

For further information on the Brother Charlies Kwiatkowski, O.Carm., or the Order of Carmelites, please contact Carmelite Media at (630) 971-0724 or visit the Carmelite website at www.carmelnet.org.

To send flowers to the family or plant a tree in memory of Charlie Kwiatkowski, please visit Tribute Store

Share Your Memory of
Charlie
Upload Your Memory View All Memories
Be the first to upload a memory!
Share A Memory
Send Flowers
Plant a Tree