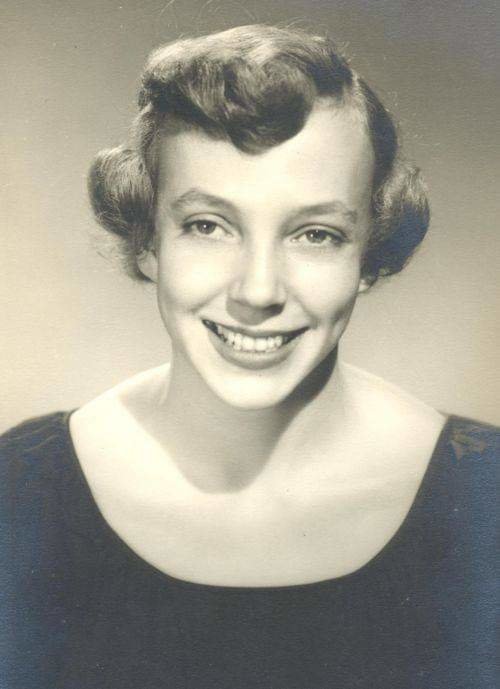 Teddie Louise Ogg Burch was born on January 20th, 1932 at St. Edwards Hospital in Fort Smith Arkansas, to her parents Mildred Gladys “Mimi” Hamilton Ogg and Theodore Roosevelt Ogg. She attended Rogers Grade School and Fort Smith High School, graduating with the Class of 1950. In that same year she moved, with her parents, to Safford, Arizona and attended Eastern Arizona Junior College. She transferred to the University of Arizona, where she met and married an Arizona native, Joseph Douglas Burch. He became a Commissioned Officer in the United States Air Force and they then resided in Louisiana, Michigan, Texas and Arizona before being stationed at Clark Air Base in the Philippines. She earned her B.A, degree in History and Anthropology in 1972 at the University of the Philippines. After returning to Tucson, Arizona in 1974, she attended the University of Arizona and earned her Master’s in Library Science in 1981. She was employed as a Librarian at the Safford, Marana and the Altar Valley School Districts. She is remembered for her dedication to teaching children the love of books, her Twelve days of Christmas and annual Teddy Bear Picnic events in the library.

After she retired in 1992 she traveled extensively in Europe and the United States. She participated in two Earth Watch Anthropological Surveys in the Homolavi ruins on the Navajo Nation in Arizona.  In her retirement she volunteered for Habitat for Humanity in Tucson.

She adopted her canine companion Hopi while in the Navajo Nation, who was rescued from a leg hold trap and was her loyal and beloved friend for many years. She was later the accompanied by a golden retriever named Zuni, whom she described as the best Christmas present she ever received.

She fostered a love of books, history and travel in her children and grandchildren and will be missed.

Contributions in her name may be made to Habitat for Humanity.

To send flowers to the family or plant a tree in memory of Teddie Burch, please visit Tribute Store