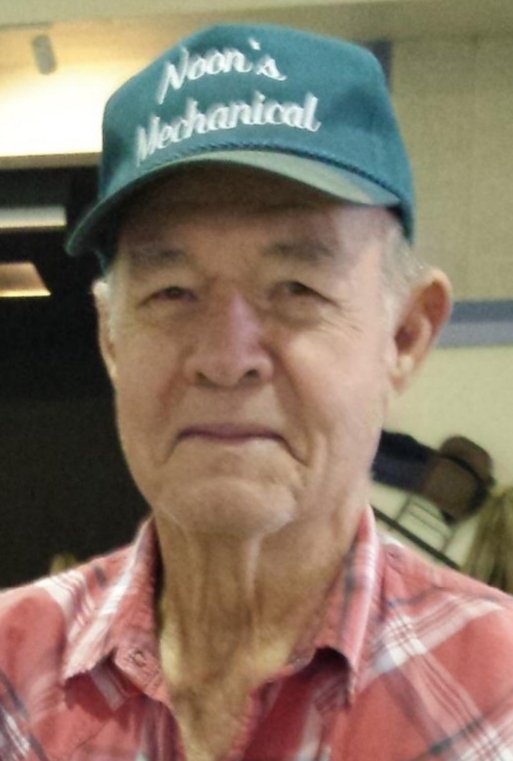 Larry passed away peacefully on January 16, 2021 with family by his side. He was preceded in death by his wife of 56 years, Carol. He is survived by his daughter, Cindy (Mike) Davis; grandson, Ben; brother, Bruce (Irene) Noon; sisters, Deanna (Joe) Fitzgerald and Marlene (Mark) Hokanson; sister-in-law, Lynn (David) Crobbe; and numerous nieces and nephews, neighbors and friends. Larry was the son of Milford and Lucile Noon and grew up in Nogales, Arizona. Even as a teenager, he was willing and able to help anyone with anything. He was a paperboy, did yard work and petsitting. You name it, he would do it. He was on his high school football team, participated in several clubs, and always stood up for the little guy. After high school, he joined the National Guard, he also worked for the Bureau of Land Management as a forest fire fighter and for Mountain Bell as a lineman. After he and Carol married, he worked with Carol’s father, Al, at Irv’s Rental and later in construction for Anderson Concrete and Pace Construction. He then owned his own business doing auto repair and providing handyman and remodeling services. Larry had an adventurous spirit having ridden a bucking bronco in the rodeo, he was a horseman in the land rush scene in the movie Cimarron. He also learned to skydive and para-sail. He even built a dune buggy in which he, family and friends spent many happy hours. Larry attended the University of Arizona, where he met Carol. He had the soul of a child and made Cindy’s, Ben’s, his niece’s and nephew’s and neighbor’s childhoods magical. Larry was wonderfully creative. At Halloween he made a giant glowing spider web, including jumping spiders and a multitude of costumes, including She-Ra Princess of Power, Pancho Villa, butterflies, and bi-plane kites. At Christmas he made a 13+ foot snowman for the front yard. He loved stargazing and looking at the moon and planets. Larry had the unique gift of seeing a need and having the gumption to fill it, be it helping a sick neighbor or friend with housework, home or vehicle repair, rescuing stranded strangers with car trouble. Our lives have been much more fun and full thanks to him. He will be deeply missed and forever loved. Due to Covid restrictions, services will be private. In lieu of flowers, please make a donation to your favorite charity.  The family would like to thank the staff and volunteers at Peppi’s House for their care of Larry and the family during his time there. Special thanks also to Sarah, Branden and Melissa for all the time, love and care given to Larry.

To send flowers to the family or plant a tree in memory of Larry Noon, please visit Tribute Store