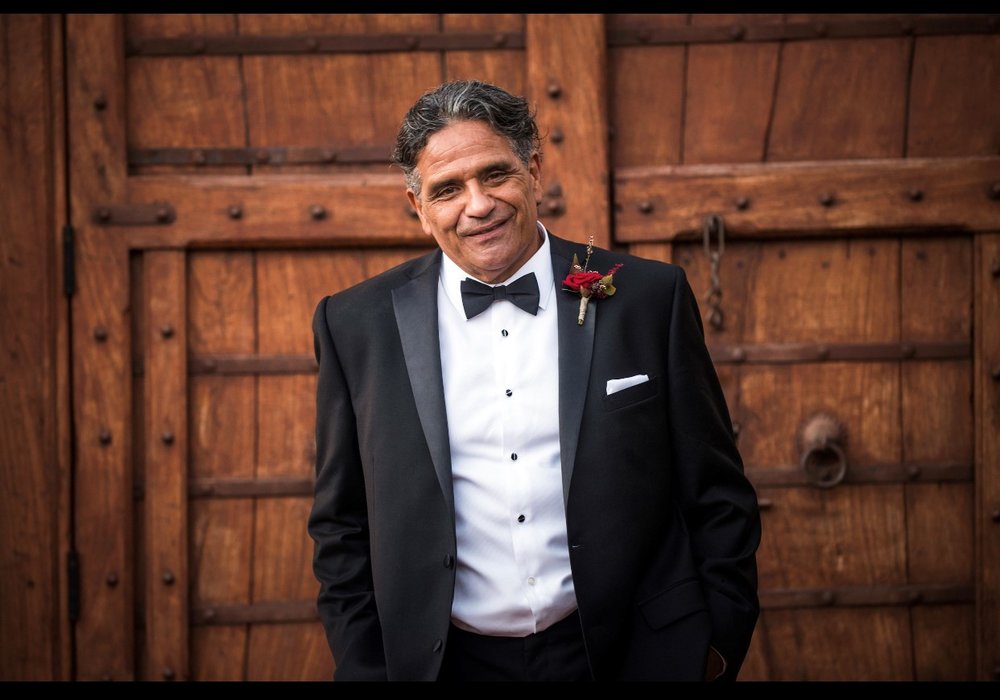 Born to Richard and Helen Acedo. He was the second of nine children. The Acedos are a pioneering Tucson family- Rick was proud to be from the Old Pueblo.

He lived a life that’s full. He attended the University of Arizona where he played football and rugby. On and off the field Rick’s “bear” strength was unparalleled. After graduation, his entrepreneurial drive led him to success in real estate and as a restaurateur. He was well known for opening Senior Sammy’s, a Sam Hughes neighborhood eatery where every meal was served with a smile and a firm handshake.

Rick’s rhythm to life was one of a kind. His soul was lifted by music, his body powered by the sun, and his spirit guided by the moon. His open arms and kind character made everyone around him feel significant.

Rick’s purpose was found when he became a father to Allen and Ricky Jr. The boys are “Partners Forever” and his commitment to family is his legacy.

He found true love when he met his wife, Carla, and their three children Devin, Gabriel & Leah. Together they shared an inseparable bond and an immense passion for life.

Rick’s spirit will carry on through his father, Richard, his wife, Carla, his children, Ricky, Allen, Devin, Gabriel, and Leah, and his siblings, Anna, Steven, Tina, Cecilia, Michael, Bernadette, Regina and Melissa. Rick lost his battle to cancer, but is now at peace in heaven with his mother, Helen, and will speak to us through the wind. Remember - “be cool.”

To send flowers to the family or plant a tree in memory of Richard Acedo, please visit Tribute Store
Thursday
4
March

Share Your Memory of
Richard
Upload Your Memory View All Memories
Be the first to upload a memory!
Share A Memory
Send Flowers
Plant a Tree