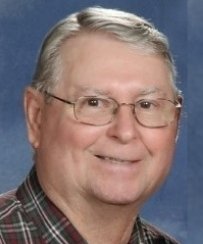 Bill enlisted in the U.S. Navy in January 1960, serving the country he was so proud of on the post-war destroyer the USS Dupont (DD-941). It was shortly after his time in the Navy that he met his soon-to-be bride Sara “Sally” Ann Taylor in the village of Warwick, NY in September 1964—they married on April 2, 1965 and started a family.

Bill always enjoyed advocating for his community, serving as a committeeman in Warwick, NY in the early 1970s, even running for Mayor. In retirement, he came to be affectionately known as the “Mayor of Glenn Street” fighting for street and park improvements in the neighborhood he lived in for 26 years.

After working in a variety of positions in the Warwick valley, including assistant managing his father-in-law's grocery store, Larry's Food Store, Bill moved his family in 1977 to Tucson, AZ where his work path led him to Tucson Electric Power (TEP) until he retired in 2000. In post-retirement, Bill followed his lifelong passion for the film industry and embarked on a brief career in Hollywood, interning for Bill Dance Casting and working as an actor, proudly earning his Screen Actor’s Guild card, which he continuously cherished and maintained right up until his passing.

Bill loved to travel, especially driving across the country. He missed his goal of visiting all 50 states by just one, Alaska. He was a people person, and could strike up a conversation with anyone, making friends wherever he went from the grocery store clerk to his preferred restaurant servers. His favorite pastime of all was spending time with his treasured family. Sunday gatherings and holiday get-togethers were traditions he looked forward to most.

A Celebration of Life Service will be held at Northminster Presbyterian Church, 2450 E Fort Lowell Rd, Tucson, AZ 85719, Saturday, September 4th, 2021, 11 AM in the Sanctuary with a reception immediately following. For those unable to attend, the service will stream live. A memorial gift may be made to the American Parkinson Disease Association, https://www.apdaparkinson.org/1700d2l/, or Northminster Presbyterian Church, https://npctucson.org/give.

To send flowers to the family or plant a tree in memory of William Kapfer Sr, please visit Tribute Store
Saturday
4
September

Share Your Memory of
William
Upload Your Memory View All Memories
Be the first to upload a memory!
Share A Memory
Send Flowers
Plant a Tree