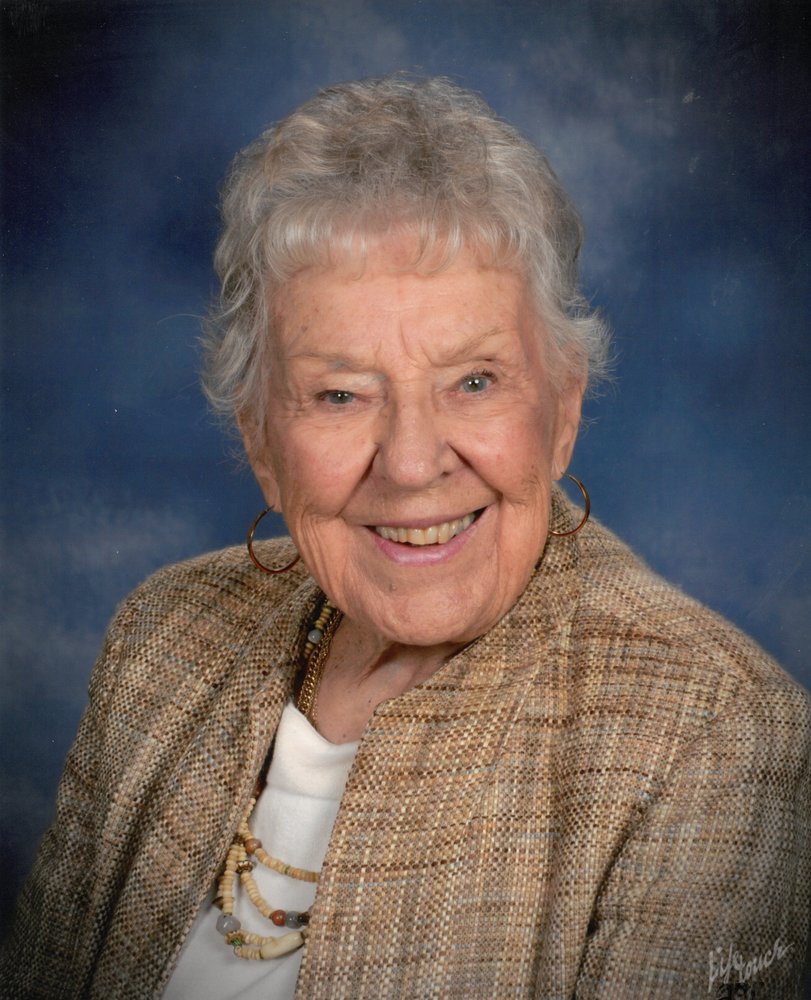 Jo was born in Somerset, Pennsylvania, the youngest of five children.  Her happy childhood influenced her work with young children for many years.  She began college at Penn State but dropped out when World War II gave occasion to an accelerated school year.  Jo married Jim Musser and, because of his health issues, they moved to Tucson in early fall of 1943 where Jim was hired as a flight instructor in an Army Primary Flight Training Program at Ryan Field.

In 1947 she joined Mrs. LePine’s Old Pueblo School staff as a teacher of 2—3 year olds and began a wonderful career of working with young children.  Jo joined the Shanhouse Preschool staff of the Jewish Community Center in 1963 as a teacher of four year olds and later became its director.  Becoming a full time student at age 46 was her next step and she graduated from the University of Arizona with both her undergraduate and master’s degrees in 1971.  Jo taught at Erickson School under Dr. Marybelle McCorkle’s guidance before she was appointed principal at Borton Elementary School.  Borton was designated a Phase II Desegregation school and turned into a Magnet Program in 1979.

Two years after Jim Musser’s death in 1981,  Jo decided to retire in 1983 with wonderful memories of her 36 years working with young children.  In 1985 she married Frederick (Fritz) Krauss and began a new life of golf, bridge, travel and fun.  Fritz’s daughters and their families became a source of great joy along with grandchildren and great grandchildren.

In later years docenting at the Desert Museum, breakfasting with Retired Women Administrators, meeting with her Book Club, lunching with Pueblo Emeritus, plus entertaining both at her home and at her cabin on Mt. Lemmon filled her life with joy.  Her interests were varied but always her church was the keystone of her life.

A Celebration of Jo’s Life will be held at Our Saviour’s Lutheran Church in Tucson on August 28 at 11:00 a.m.  Due to COVID, the family requests that masks be worn at the service, where social distancing will also be in place.  For those who prefer to participate remotely, the service will be streamed on YouTube live at Lutherantucson.org.  It will also be available for later viewing.

Jo requested “no flowers, please”.  Contributions can be made to the Endowment Fund of Our Saviour’s Lutheran Church or the Arizona Sonora Desert Museum.