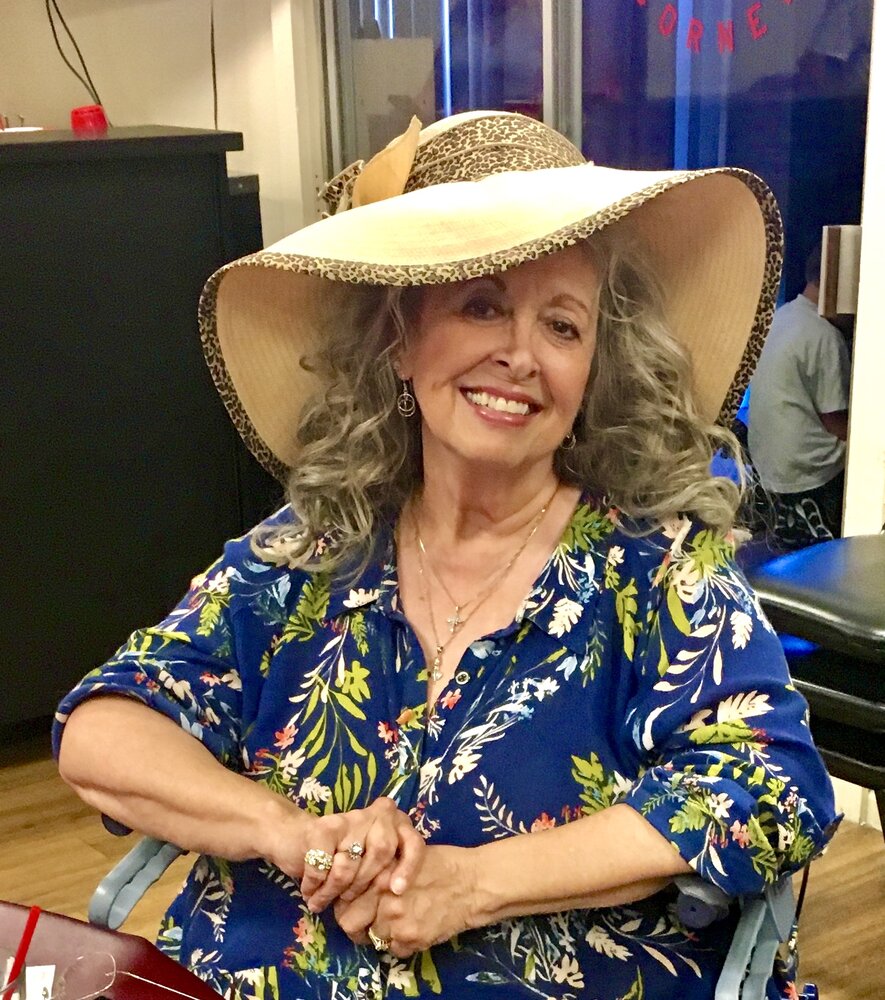 It is with deep sadness I announce the passing of my sister, Cheryl Marlene Brierly, who passed in the loving arms of her partner, Mike Benson, on August 24, 2021, at 11:27 am in Tucson, Arizona.

As an Air Force ‘brat’ (her words) she traveled to many states but landed in New Mexico in 1959 where she attended grade school, Lynn Jr. High, and graduated from Las Cruces High School. She later attended NMSU, studying Art and becoming part of the Entertainment Committee which allowed her to meet stars like Linda Rondstadt and others.

She also worked at White Sands Missile Range for Space Communications and later moved to NASA where she met all the astronauts, taking their pictures, as well as a picture of the Space Shuttle Challenger landing at NASA New Mexico, which was published by NASA.

Becoming disabled caused her to move to Arizona. Cheryl joined the Women of the Moose Chapter 2155 in August 2007. She worked hard while she led the chapter selling raffle tickets, shirts, hats, and memberships to raise money for the charities they supported. For several years, Cheryl attended Moose conferences that were instrumental in her learning what was expected from her and the chapter. She used this knowledge to guide the officers who came after her. Cheryl served as committee for chairperson for Mooseheart/Moosehaven Committee and Higher Degree Committees.

Cheryl received the Academy of Friendship in Albuquerque in March 2011 and the College of Regents Degree in Orlando during the Summer of 2012. At that time, she was the only active collegian in her lodge to lead special events such as officer installations, life celebrations, and higher degrees rituals. Since she took over, six co-workers have become Collegians, and another will be installed this time next year. Cheryl was top sponsor and was a member of the ’25 Club’.

As Mike stated, “Cheryl had a smile so beautiful it stopped you in your tracks” and a heart of gold. She would never hurt a fly and made Mike catch insects and release them outside. They were very devoted to one another in sickness and in health. She was ‘his angel’…the greatest thing that ever happened to him and he was so grateful to have her in his life.

You have left us too soon. Your spirit will live on in our memories. You will be missed forever…

Cremation has taken place. Interment and Service will take place on:

The Loyal Order of Moose Lodge #208

To send flowers to the family or plant a tree in memory of Cheryl Brierly, please visit Tribute Store
Saturday
9
October