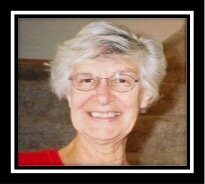 Joan Mary Porter was born December 23, 1939 to Leo and Hazel (Connelly) Schauff in Breckenridge MN.  Joan passed away Tuesday, January 4, 2022 at Sapphire Estates Rehabilitation Centre in Tucson Arizona at the age of 82.

Joan married Dennis Porter on October 2, 1959, in Moorhead, and they made their home in Fargo, ND and Moorhead, MN.

In her early years, Joan worked as a phlebotomist for the blood bank and for many years with Moorhead Construction Company as an Office Assistant.  When asked what she did for a living however, she would say, “I raised 6 successful children”.

Joan was courageous, independent and also a bit stubborn. After taking four children on a summer road trip through Northern Minnesota and Canada, she vowed to never do it again and bought a lake cabin the following year!  Since 1971, she has made many memories at the cabin on Little Pelican Lake and enjoyed her garden that seemed to grow in size every year.

Joan was an avid reader and made lists of all the books she read.  She enjoyed visiting her children and grandchildren and traveling to places such as China, Australia, Germany, Florida, Walt Disney Cruise, Moab Utah at age 72, where she taught her grandchildren how to do 90 and 120 foot rappels followed by a 2.5 mile hike to the Colorado River.  Most recently, she spent the winter months in Texas and Arizona where she has enjoyed morning walks and evening sunsets.

She was preceded in death by her husband, Dennis; parents; and brother, Ricky Schauff.

A service will be held at a later date this summer.

To send flowers to the family or plant a tree in memory of Joan Porter, please visit Tribute Store
Print
Share A Memory
Send Flowers