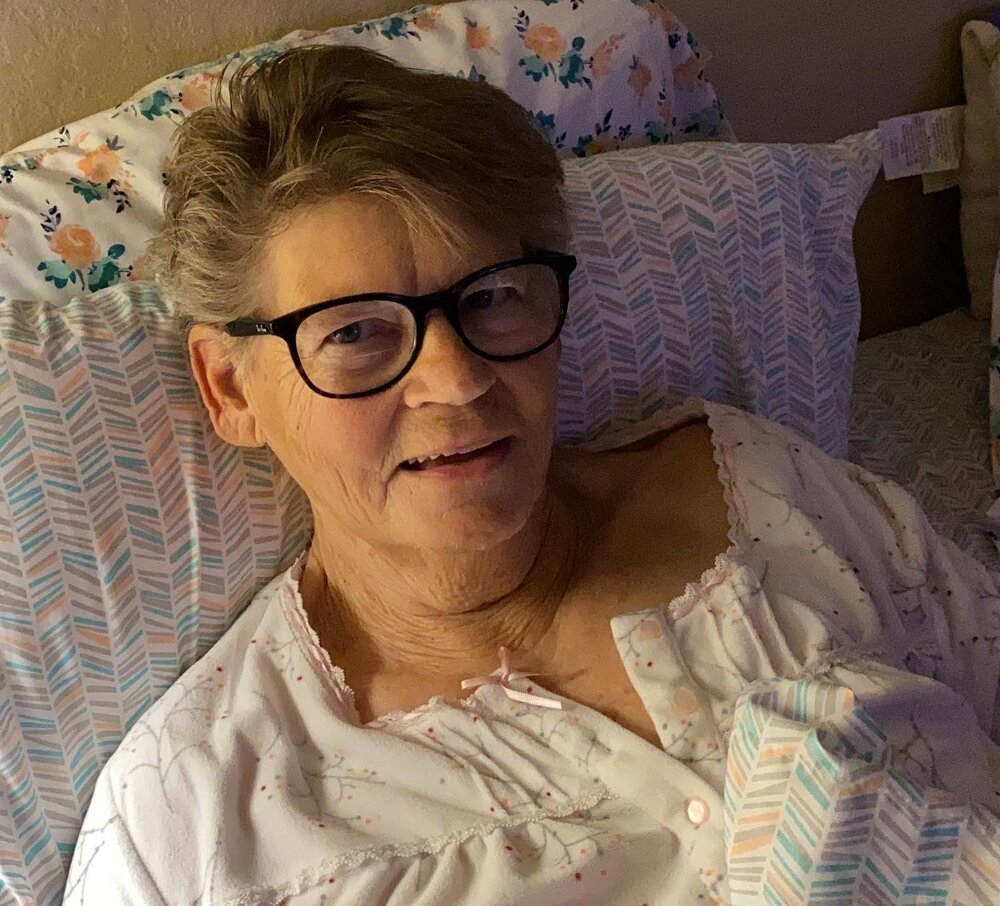 Well folks, please bear with me, this is a eulogy. Where do I begin…

Named after our Eternal Mother, Mary, she was born a December child in 1945 following the close of WWII, inevitably conceived sometime between Operation Meetinghouse, Operation Varsity, and Operation Iceberg. (But, enough of U.S. military history). Mary Elizabeth Kusel was the only child of Walter & Esther Kusel, the former a bread truck driver for Franz Bakery, and the latter an associate with Meier & Frank, in Portland, Oregon. The Kusel’s also owned an Ice Cream Shop and Meat Locker storage that was an actual addition to their house on the corner of Killingsworth Street and Concord Avenue.

Mary, Mom, Grandma, and/or Grandma Mary played classical piano from ages 4-12 and was entered in the Little Miss Sunbeam bread wrapper contest at age 7 by her father since Franz Bakery produced bread under the Sunbeam name too. She graduated from Jefferson High School on Kerby Avenue near her home. For those of you who are locals, Jefferson High athletics were “stacked” those years with Oregon State Heisman trophy winner, Terry Baker, at quarterback, and the Renfro brothers, Raye and Mel, in the other skill positions, the latter of which became an NFL HOF’er with the Dallas Cowboys.

It wasn’t too long after Mom began high school that ‘Ol Ray Q began eating gallons of ice cream at the Kusel’s shop. (He lived with his brother at the time down the street on Killingsworth near Detroit Avenue). Mary and Ray were married just over a year after her graduation and shortly thereafter, she began her professional career as a Forever Mom. First, as a mother to my sister, Petra McQuillin, and I. And then, as a mother to every single person she ever met; Petra’s friends, my friends, our spouses, our cousins, our cousin’s cousins, co-workers, co-worker’s kids, her employees at Taco del Sol, and of course, her own grand-kids, Luke Quintanilla, Taylor McQuillin, and Greg McQuillin. Basically, mom to any kid in any neighborhood she ever lived in, Mary, Mom, Grandma, and Grandma Mary was a mother to nearly every one of us reading these words right now.

Mom served lunch to all my classmates at Our Lady of Lourdes and became a team Mom to almost every sports team I ever played on – from Hazel Dell LL, HD Metro Babe Ruth, Jason Lee Jr. High, CRHS, Vancouver Cardinals, to the ‘SC Trojans – where her and Ray Q attended nearly every game, including the road trips to many PNW and Pac-6 destinations and beyond. She was even the Mom’s Club president of Kappa Sigma Delta Eta (AEKDB)!

All right, I know you think that may be enough of a story, but as my sister would say...NOT EVEN”!!

Following the death of Ray Q in October of 2000, Mom actually kicked it into high gear. She officially changed her title from Mom and Grandma to GRANDMA MARY and served as Administrative (and Teacher) Assistant to Lake Forest Elementary School for the next 18 years! Making sure no one picked on or bullied her grand-kids, Taylor and Greg, she soon was Grandma Mary to a new generation – i.e., everyone on campus, including the Teachers. She assisted, helped, and cared for them all. She received pictures and texts from them sending love and appreciation almost every day.  By the way, during this “expansion” of her motherhood, Mom also became Grandma Mary to each and every one of her grand-kid’s sports teammates too!

Upon her retirement to Tucson, Arizona in 2018 to take in the final home season of her granddaughter, Taylor, and grandson, Greg, Grandma Mary quickly became a household name at Hillenbrand Softball Stadium. And yes, nearly every UofA softball player that met her dropped by the house for a meal and a drink or two after a three-game series.

Mom/Grandma/Grandma Mary was still the ever consummate professional and loving mother sending out to us humorous clips, inspirational quotes, and devotionals every morning right up until the end. She went to be with the Lord at approximately 2:00 am MST on 2/22/22. She will be missed by more folks than many of us have ever known. Some folks may say that it takes many to raise a child. I say that it only takes one Forever (and now, Eternal) Mother and Grandma, named Mary. I love you, mom.

This is the kind of mother and woman that we lost today. God, I’m blessed to be her kid! And, my sister, Ron McQuillin, Michelle Lee, and I, with our son’s and daughter, are damn glad that each and every one of you are too!

To send flowers to the family or plant a tree in memory of Mary Quintanilla, please visit Tribute Store