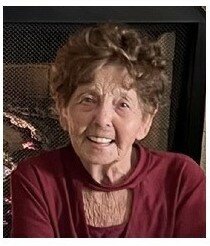 Born Tarahumara and raised outdoors on the banks of the Barranca de Cobre (Copper Canyon), Maria was baptized under giant pine trees by local Mennonites, thus beginning her profound faith in God. The eldest of nine children, born to José Baca Esquer and Rosa Esquer Quiroz of Batopilas, Chihuahua, Mexico and eventually Campo Esperanza, Sinaloa, Mexico, Maria learned to be fearless as she worked side by side with her father and siblings to hunt and fish for survival. They panned for gold, which was then traded for food and needed supplies. Tata taught mom to make dynamite (used in mining), which she promptly used to blow up a bee hive. Always in trouble, and too curious for her own good, she was the only person we’ve ever met who had to be rescued from quick sand.

Maria met Jesus in San Luis Rio Colorado at age 31, married and initially moved to Ajo, Arizona, eventually settling in Tucson. Jesus had nine children from a previous marriage, for a combined total of 18 children. Though they came from very different backgrounds they formed a strong bond until his passing in 1982.

From her mother Rosa, she developed a compassion that was unrivaled. Mom was Santa Claus! Until COVID, she would make two trips a year to deliver turkeys, food, clothes and candies to her beloved Ejido. She would drive her children crazy year-round, making her lists and checking them twice, thrice     . . . . Maria never met a stranger and would often bring them home. Some became family. She was loved and will be missed for her awesome food, especially her yummy homemade tortillas and beans, tacos, and red chili.

We would like to thank our friends and family for their love and support, and the lovely people at Catalina Hospice for their respectful care of our mother.

A Funeral Service will be held at 11 a.m. on Saturday, June 11, 2022, at Pantano Christian Church, 1755 South Houghton Road in Tucson. Visitation will be one hour prior to services at the church, with a reception to follow.

To send flowers to the family or plant a tree in memory of Maria Celaya, please visit Tribute Store
Saturday
11
June

Share Your Memory of
Maria
Upload Your Memory View All Memories
Be the first to upload a memory!
Share A Memory
Send Flowers
Plant a Tree