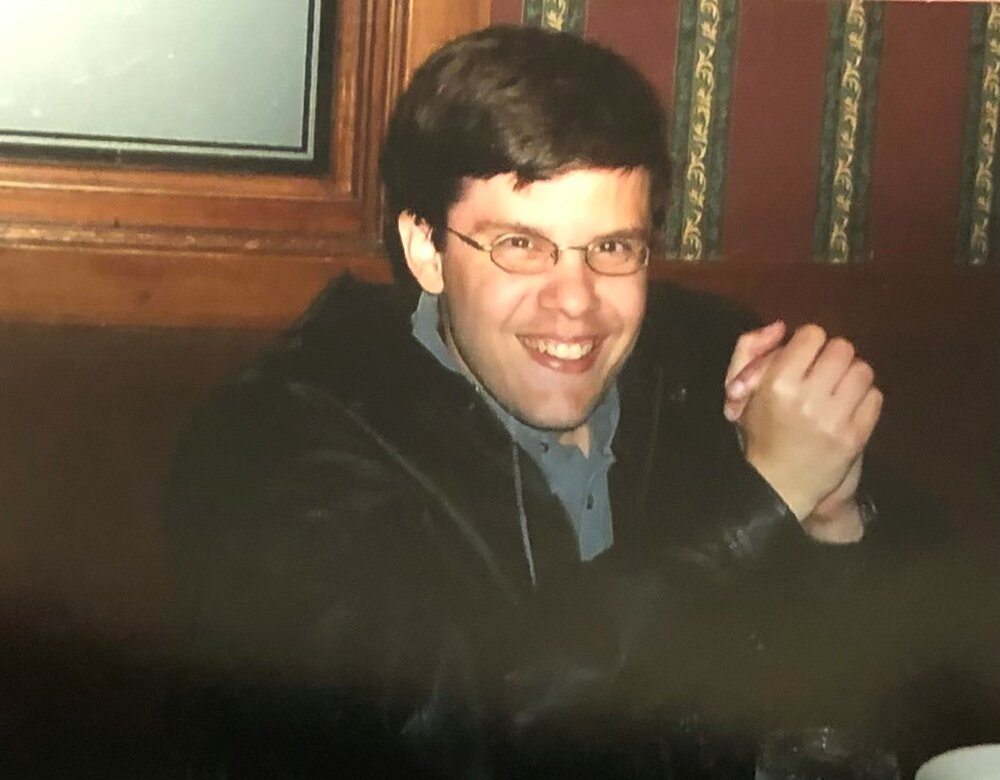 It is with grief and sadness that we announce the death of Daniel Eric Kautz, who passed away July 21, 2022. It is also with a sigh of relief that he no longer has to struggle with the challenges that Spina Bifida presented.

Daniel was born in a small community hospital in Hazen, North Dakota on June 25, 1975. He was transferred that day to a larger hospital in Bismarck, where he had the first of the many surgeries he had throughout his 47 years.

He used a wheelchair his entire life, but with it, was able to go on family trips and attend the same schools as his older brother, Christopher, and younger sister, Janna. He graduated from Sabino High School, Tucson Arizona in 1993.

Daniel was able to live independently most of his adult life. Driving a hand-controlled van allowed him to visit family out of town and go on vacations to Las Vegas. He loved watching sports and was an encyclopedia of knowledge about teams and players.

The years his family lived in Oshkosh, Wisconsin began his love of the Green Bay Packers and Milwaukee Bucks. For the last two and a half years, Daniel’s independence was interrupted by a major infection. He moved between the hospital and nursing homes, with one last stint of living independently for eight months, before the infection required hospitalization and nursing homes for his final three months.

A celebration of his life and a sharing of memories will take place at a later date at his parent’s home in Tucson, Arizona.

Memorials should be sent to the Spina Bifida Association in his memory.

To send flowers to the family or plant a tree in memory of Daniel Kautz, please visit Tribute Store

Share Your Memory of
Daniel
Upload Your Memory View All Memories
Be the first to upload a memory!
Share A Memory
Send Flowers
Plant a Tree