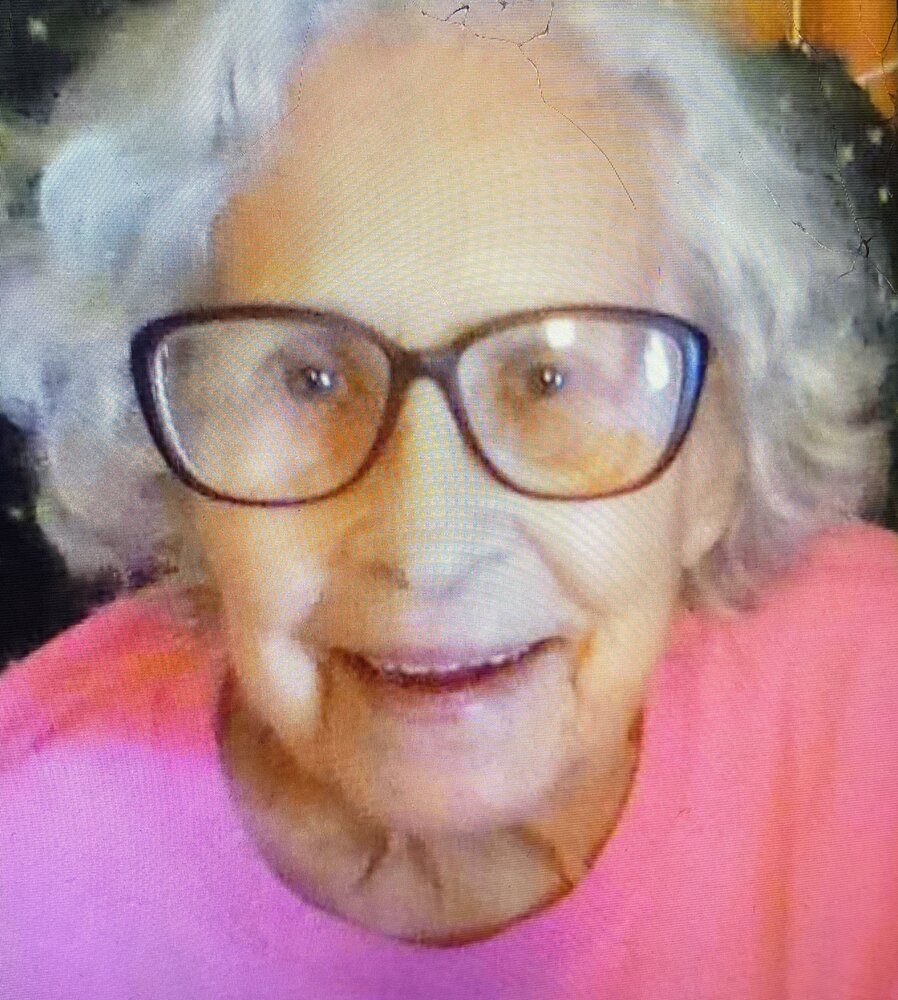 When morning had broken, in the early hours of June 14th, 2022, our beautiful, loving mom flew away into Glory, and heaven gained an angel that will be greatly missed by a very large circle of family and friends.

Louise was born on November 19th, 1931, in Athens, Vermont to Donald and Laura Clark Grout. She graduated from Bellows Falls high school as the salutatorian in 1949, after which she attended the University of Vermont. A member of the Sigma Gamma Sorority, Louise graduated as a Home Economics Major from the U of VT College of Agriculture in 1953.

On July 10th, 1953, she married James Emory Foster of Lilburn, GA. Jim was in the Air Force, and together they had six children while living in Vermont and Maine. Recurring health issues required Mom to move to a warmer climate, so they moved their family to Tucson Arizona. They divorced in 1977.

Louise was a fabulous and quite accomplished seamstress. She became very well known for her sewing abilities during her years in Tucson, proudly making all four of her daughter’s wedding gowns, as well as her daughter in law’s gown, and also many a maid of honor and bridesmaids gown. She made square dancing dresses for the Stewarts who owned the Dunkin Donuts shop, and she made cheerleading costumes as well as the Apollo Junior high schools first marching band banner for the Rodeo Parade. She made Raggedy Ann dolls for her daughters and their friends, and costumes and made to order outfits for many, many family members and friends , never charging enough for her incredible works, and all the while working at a variety of retail stores in town. She was also a very talented pianist and shared her talent at Emory Park Baptist Church. It was there that she met the love of her life, Esmond George Jorgenson, whom she married on November 10th, 1980.

Louise and Esmond chose to make their home in Kingman Arizona, where Esmond began working at the Kingman Daily Miner and Louise worked at Kmart. They were loyal members of Manzanita Baptist Church, where mom thought the 4th grade at the Manzanita Christian School until it closed. The Church later became Family Bible Church . Mom put in over 20 years at Kmart from which she retired in her 70s she became an instructor of water aerobics at the wellness center for the Kingman Regional Medical center, an exercise program developed by the Arthritis Foundation.

Upon retiring from being the instructor, she was awarded a lifetime membership to the wellness center, for which she was very honored.

A very strong woman, Louise battled early onset Arthritis, many bouts of pneumonia and heart health issues which led to several stents and ultimately leave a quadruple bypass in 2001. The kidney cancer in 2005 left her with one kidney. In spite of it all, she and Esmond had many wonderful travels together and shared many happy occasions with family and friends in their 41 years together.  Louise loved people and had several she considered her own this became honorary mom, grandma and great grandma as well as teacher to so many in her 90 1/2 years she really met anyone she didn’t love.

Louise was preceded in death by her beloved firstborn daughter Betsy foster Fabela, her loving husband Esmond, Son-in-law Peter Graham and her nephew Alan Gleason Junior. She is survived by her children James (Gina) Foster of Tucson, William Foster of Hibbing Minnesota, Elaine Williamson of Tucson, Naomi Graham of Douglasville Georgia, And Amy (David) Smith of Avra Valley, her sister Betty (Alan) Gleason of Kingman. Also survived by 22 grandchildren and 37 great grandchildren and nephews Larry Gleason of Kingman and Steven Gleason of Klamath Falls, OR.

Celebration of Life service for Louise will be held on Saturday, September 10, 2022 at 11:00 AM at Family Bible Church, 2040 Golden Gate Avenue, Kingman AZ 86401. A luncheon reception will follow the service in the Family Life Center.

To send flowers to the family or plant a tree in memory of Louise Jorgenson, please visit Tribute Store
Print
Saturday
10
September