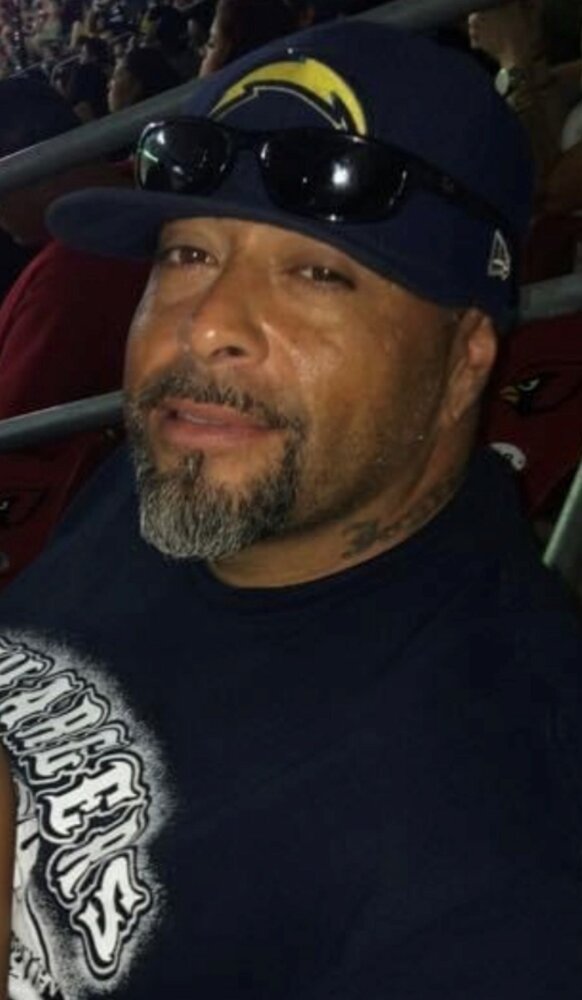 It is with great sadness that the family and loved ones of Gerard “Jerry, J Lo” Lopez announce his passing on August 13th, 2022.

Jerry was born on July 21, 1972, in Chula Vista, California. He is survived by his parents Julian and Amparo Lopez, his sisters, Sage Dyer (Sam), Adriana Leyva and his wife, Rebekah. Jerry was predeceased by his brother, Julian and brother-in-law, Cruz.

Jerry leaves behind daughters Sipris (Frank), Jordyn, Dominique, Gia, Ariana and Teah and sons Justice, Justin, Julian, Cruz, Gabriel, and Kai as well as his granddaughter, Lyla B. There are several nieces and nephews and extended family and many friends who will miss him dearly.

Jerry’s’ s antics & sense of humor were legendary and those who knew him have their own stories to tell. Those that had nowhere to go, to stay, to sleep or to eat have reached out to say how grateful they were that he took them in when no one else would.

Jerry owned Hotshots Mobile Detail. He took great pride in his work and made sure that ever client was satisfied.

To send flowers to the family or plant a tree in memory of Gerardo Lopez, please visit Tribute Store
Friday
26
August