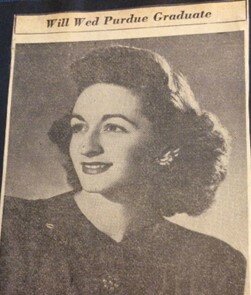 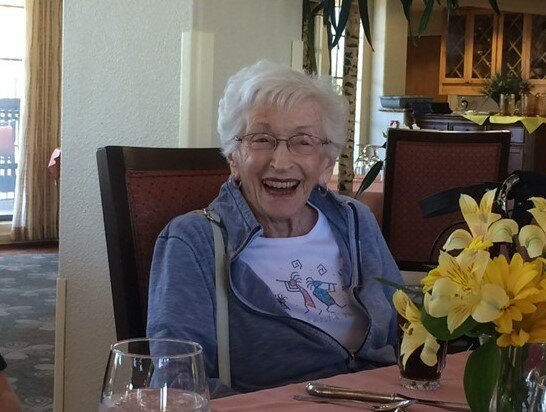 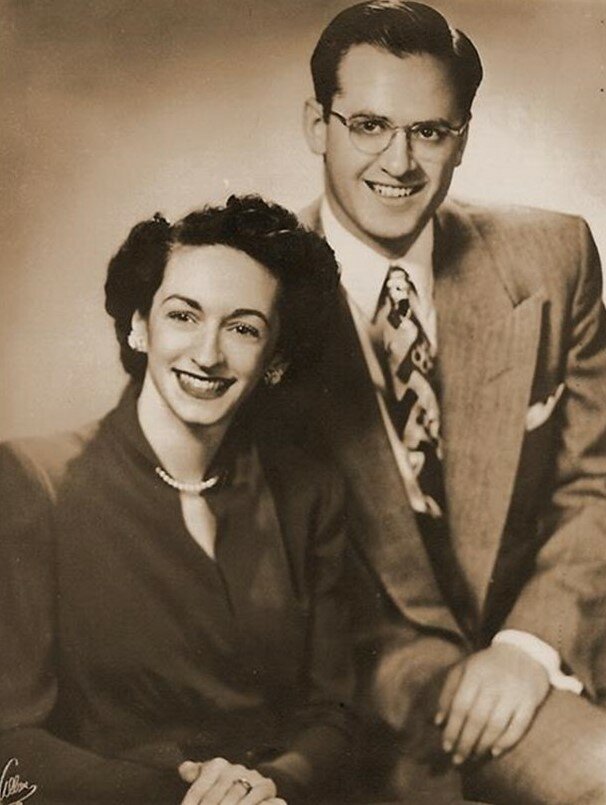 Rosalyn Katzenberg, a deeply caring and profoundly beautiful woman of wit, vision and humor, passed away peacefully on May 28, 2022 at Handmaker Assisted Living Center in Tucson, Arizona. She was 102 at the time of her passing and lived a long, resilient life that included many joyful gatherings of family and friends.

Born and raised in Chicago, Illinois, Rosalyn graduated from Von Steuben High School in 1938. She loved popular music from the 1930s and 40s, Hollywood Golden Era films, dancing, and fashion. In high school Rosalyn and her best friend Lillian created a popular gossip column titled ‘The Sparrows’ that ran in the school newspaper.  The two columnists’ identities were hidden until graduation, with no one suspecting Rosalyn; She was well-known for her ability to  keep a secret.

From a young age, Rosalyn was dedicated to supporting her loved ones. In 1936, her father, Charles Litt died suddenly. Rosalyn, 16 yr, who excelled in typing and shorthand, used her skills, finding part-time employment to help support her mother, Anna, and younger brother, Bernard (Buddy). She lived at home throughout the war, working to make ends meet for her family, always with the support of good friends and extended family.

In 1945, Lillian introduced Rosalyn to Edgar Katzenberg on a blind date, and it was a perfect match! Rosalyn and Edgar married the following year, April 7, 1946 in Evanston, Illinois. They lived in Chicago when their son Charles was born in 1950, Glencoe when their daughter Janet was born in 1952, and in Columbus, Ohio from 1954 to 1957 before returning to the Chicago area, to settle in Deerfield, closer to many family members and friends. With both children in school full-time, Rosalyn returned to work, first at Abbott Laboratories, then as a bookkeeper for several small businesses in Deerfield and Highland Park, and finally as office manager and bookkeeper for Ed’s business, Lake Die Casting.

Rosalyn always sought out opportunities for her children to develop their interests and friendships. She made sure they had training and experiences in the arts, sports, scouting, Judaism and more. Charles became a physician and married Pamela Rousseau in 1975. They settled in Tucson, Arizona, respectively establishing medical and law practices. Janet became a  Dance/Theater Performer and Educator in NYC and Chicago. She married Greg Justis in 1978 and they settled in Denver, Colorado. Greg’s career was in Science Education.

Rosalyn and Ed sold their Deerfield house in 1977 and moved to Coral Springs, Florida. It was there that Roz completed her secretarial career as an Administrative Assistant at American Express. Four grandchildren:  Jon, Ben, Jenny, and Colin, came into their lives from 1982 to 1987. “Make them feel good about themselves” were Rosalyn’s words of advice regarding raising happy children.

Roz and Ed moved to Tucson, AZ in 1990 where they had many happy years enjoying family, good health, traveling, golfing, new friendships, and volunteer work. They spent many summers in Denver with Janet and Greg’s family.

Rosalyn loved watching her grandchildren grow up, and celebrating family milestones.She had a knack for making each one feel special and took great pride in sending beautiful note cards with personal messages written with perfect penmanship. Milestones included grandson Jon’s completion of his Master’s in English Education at Univ of Colorado, grandson Ben's graduation from NYU Law School, granddaughter Jenny's graduation from Univ of Arizona Medical School and grandson Colin’s graduation from Colorado School of Mines/Physics & Engineering. How proud she was of each one! She and Ed attended the weddings of two grandchildren: Jon and Trista (Peters) Justis on June 12, 2006 and Jennifer (Katzenberg) and Jason Hanley on April 7, 2018, also the date of Roz and Ed’s 72nd wedding anniversary!  They welcomed their great-granddaughter Ella Justis (Jon and Trista) on June 27, 2011.

Rosalyn survived the deaths of her parents, Charles Litt (1936) and Anna (Weisberg) Litt (1947), both of Chicago, and her brother Bernard’s (Buddy’s) death (1962) of Miami, Florida. Her loving husband, Edgar Katzenberg, passed away in Tucson at the age of 100 on Jan 26, 2022. Rosalyn is survived by their children, Charles (Pam) Katzenberg of Tucson and Janet (Greg) Justis of Salida, Colorado. She is also survived by her grandchildren, Jon (Trista) Justis and their daughter Ella of Centennial, Colorado, Benjamin (Neils) Katzenberg of The Hague, Netherlands, Jennifer (Jason) Katzenberg Hanley of Tucson, and Colin Justis of Boulder, Colorado. In addition to her children and grandchildren, Rosalyn was very close to her nephew, Craig Litt, and his partner Donna, of Rochester, New York, along with Craig’s daughter, Sarah Litt (Jaimee) and their daughter Thora of Brooklyn, New York, as well as Craig’s son Max (Maria) Litt of Miami, Florida.

Rosalyn Litt Katzenberg lived a joyful and creative life by influencing, supporting and loving her family and friends without compromise. She will be remembered by her family with eternal love and gratitude.  As requested, her ashes will be scattered at one of her favorite golf courses in the Chicago area.

To send flowers to the family or plant a tree in memory of Rosalyn Katzenberg, please visit Tribute Store