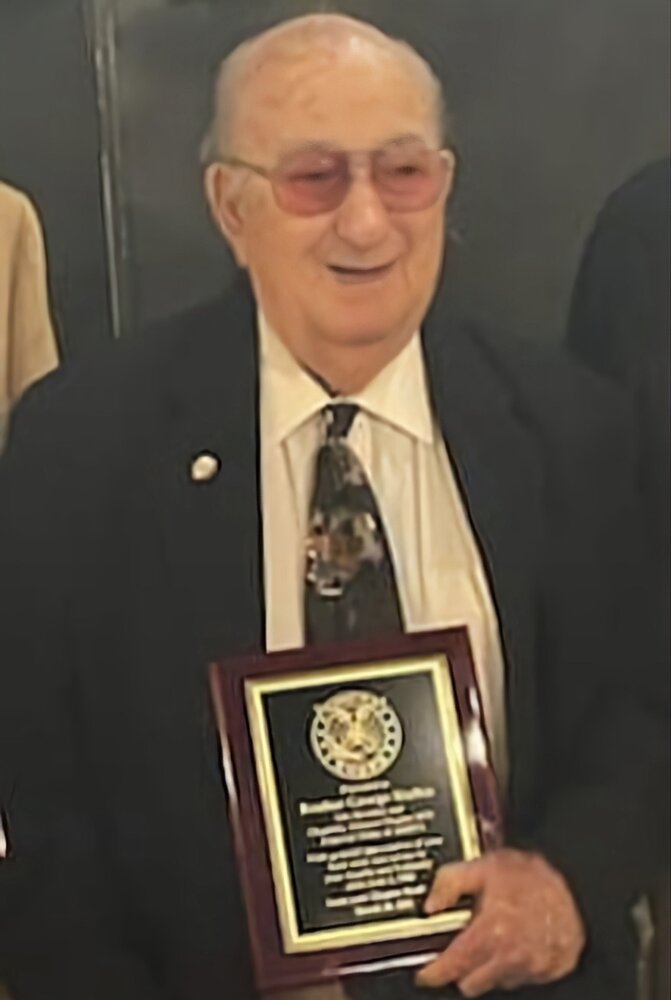 His mother Vasiliki and father John, immigrated from Greece to Springfield, Ohio where George was born on June 5, 1934.  He had a younger sister, Chrisoula, who he remained close to throughout his life.

The family soon moved to Richland Center, Wisconsin where George spent most of his youth.  As a young boy, he worked in his uncle’s movie theater where he developed a keen interest in film and music.  Among his favorites where musicals with Fred Astaire, Ginger Rogers, Gene Kelley and Laurel and Hardy films.  George’s favorite genre of music was jazz.  Dizzy Gillespie was always a special artist to George as he had the good fortune to meet Dizzy at one of his concerts that he attended when he was in high school.  Dizzy had even been gracious enough to play for George.

George attended the University of Wisconsin in Madison and received B.S. in geology and went on to earn his Masters from the University of Nevada in Reno.  He got a job in the mining industry, working for a company called Asarco.  He enjoyed his days working outdoors, in exploration for minerals across the southwest region.  During this time, he met his beautiful wife Solange who had immigrated to Reno from Haiti to study Nursing.  George and Solange married after 1 year of dating and moved to Tucson, Arizona.

The couple had two girls, Georgette and Christina.  George was also a papou (grandfather) to Georgette and her husband Frank’s three children, Jordan, John and Alethea.  George filled his life with numerous interests.  He was an avid antique collector, a lover of tennis, a Green Bay Packers and Badgers fan, and was passionate about history, boxing, astronomy, and books.

George will be deeply missed and forever remain in the hearts of all that knew him, including his family, Greek Orthodox community and AHEPA, University of Wisconsin and Nevada alumni, Geological Association of Nevada and former Asarco co-workers.

To send flowers to the family or plant a tree in memory of George Stathis, please visit Tribute Store
Wednesday
14
September