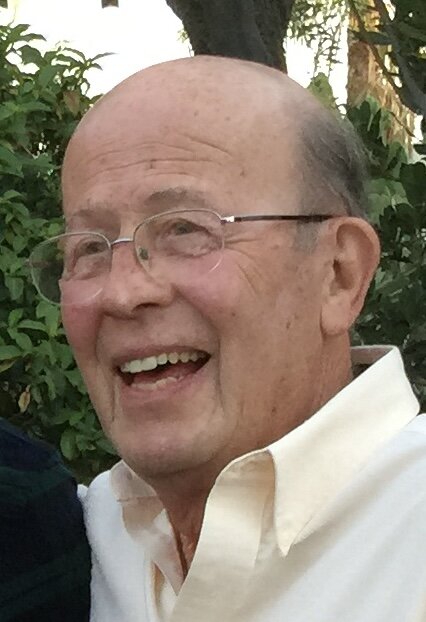 William Lee Keepers (Bill), age 84, of Tucson, Arizona, died on January 19, 2023. Bill was born in Waukon, Iowa, on August 3, 1938. Bill was an Eagle Scout and 1956 graduate from Waupun High School. He earned a Bachelor of Science in Electrical Engineering from the University of Wisconsin-Madison (1960) and later obtained an MBA from Stanford University (1984). He began his engineering career in 1960 at IBM Corporation on Project Sabre. He then held many positions at Wisconsin Power and Light (Alliant Energy) for over 25 years and became Executive Vice President in 1984. Moving to Nevada in 1990, he was President and CEO of Sierra Pacific Power and then President and CEO of KFx, INC. Bill was a private pilot and after retirement obtained his air traffic control license and was an aircraft dispatcher in New Mexico. Preceded in death by his parents, Jack and Gretta Keepers; brother Jerry (Mary); beloved sisters Jean Ann Gerritsen, Jacqueline (James) Prigge, and Madonna Pearl (Tom) Fenske; and nieces Wendy (Dale) Rauwerdink, Katherine (Tom)Hofstetter, and Rachel Gerritsen. He is survived by Kay (Swisher), his wonderful wife of over 62 years. Bill was a loving husband, caring father, and exceptional grandfather. In addition to his devoted wife, Kay, Bill is survived by their four children, John (Sandra) Keepers of Escanaba, Michigan; Thomas (Bridget) Keepers of Middleton, Wisconsin; Mary Kay (Mark) Durfee, M.D., of Oro Valley, Arizona; and Sarah Keepers of Tucson, Arizona; six grandchildren, John, Levi, Lauren and Madison Keepers; Katherine and Samuel Durfee; his brothers Fred (Mary) Keepers of Minneapolis, Minnesota, and Mifflin (Gari-Beth) Keepers of Milwaukee, Wisconsin; and many nieces and nephews. Bill met Kay Swisher when he moved to Waupun, Wisconsin, in 1950. He caught her eye by being a wise-cracker in choir, they flirted over ice cream from SUPER’S, and later attended the University of Wisconsin-Madison together. They married on January 30, 1959. Bill was known for his direct approach and Kay provided a counterpoint to his style. For over 25 years, Bill and Kay enjoyed summers on Big Silver Lake in Wautoma, Wisconsin. They shared books, travels, and many laughs for almost 63 years. Bill never stopped being a wise-cracker until the day he died. Kay has appreciated the loving support of her neighbors, family, and friends. His family would like to extend a special thanks to the physicians, nurses, and staff at The Center at TMC, Tucson Medical Center, and Peppi’s Place Hospice at TMC. As Bill was an avid reader, the family suggests that memorials be made to your local library. A Celebration of Bill’s Life will be held this summer in Wautoma, Wisconsin.

To send flowers to the family or plant a tree in memory of William Keepers, please visit Tribute Store