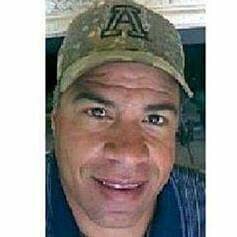 Michael graduated from Yuma High School, attended the University of Arizona and graduated from Pima Community College. Mike was an accomplished track and field athlete at both colleges.

Michael Whisiker married Mary McHugh. From this union his beautiful daughter Danielle Whisiker was born, whom he cherished.

Michael was an active member of both the International Union of Operating Engineers and the Arizona Laborers and Teamsters for over 30 years. He was dedicated to the craft of his electrical profession in the construction industry. Michael was a hardworking individual and team player. He was everyone’s “go to guy” for just about anything you asked of him.

Michael loved the outdoors especially hunting, fishing, and camping with his family and close buddies. Mike was most at peace spending time alone in nature.

Michael was a loving father, loyal brother, devoted friend to everyone, and a respected coworker. He genuinely loved helping others. Michael had an infectious laugh, a beautiful smile, and most conversations ended with laughter.

He will be greatly missed by all who knew and loved him. He will live in our hearts forever.

Memorial services will be held at Angel Valley Funeral Home on Saturday, November 12th at 10:00am. Pastoral services begin at 10:45am.

To send flowers to the family or plant a tree in memory of Michael Whisiker, please visit Tribute Store
Saturday
12
November