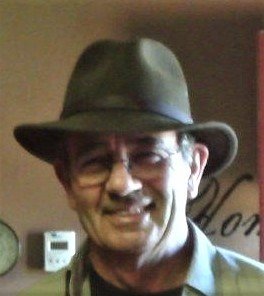 Curtis “Jack” Steele passed away at home in Tucson, AZ, on February 8, 2021, with his devoted four-legged companion at his side. A true artist at heart, his strength, grace, and wit were reflected in many forms. He was known by his family and friends as a gentle, kind, and honorable man.

Jack was born in Scott City, KS, in 1937 to Ruth and Curtis Steele on the family farm. Through his high school years and beyond, he was an excellent athlete, competing in football, basketball, track, and fast-pitch softball. He took up running again in his mid-thirties and continued to compete in 10Ks and marathons for years. He founded the annual Heart of the Nation Marathon and was an original runner.

Jack graduated from the University of Kansas with a Bachelor of Fine Arts. He then joined his dad, Curtis, and brother, Todd, on the farm in Scott City, KS. Together they built Steele & Sons, Inc., a cattle and crop operation.

In 1985, he relocated to Ft. Collins, CO, and then Sacramento, CA. Jack settled in Tucson, a long-time favorite spot of his.

Over the years Jack engaged his many talents from owning a print shop to teaching concealed carry courses to financial planning to massage therapy. He was an elite and studied marksman, winning numerous dynamic shooting competitions.

Throughout, Jack pursued art in its many forms: western oil paintings, political cartoons, personal caricatures, and portraits. His drafting table often held his latest interpretation of politics and current events.

Jack’s creative mind extended beyond art to 3D engineering concepts. He was known to imagine and build every possible gadget to enhance daily life.

In all things, Jack’s family was his greatest love and he treasured his dearest friends.

Loving thoughts and prayers are appreciated. A private remembrance will be held at a later date.

Share Your Memory of
Curtis
Upload Your Memory View All Memories
Be the first to upload a memory!
Share A Memory