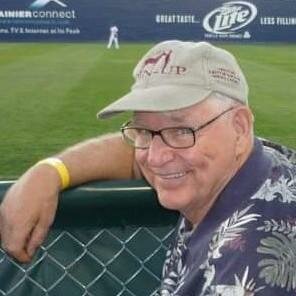 John spent his early childhood in Henderson, NV, and Kingman, Az, attending Mojave County Union High School in Kingman. Some of his favorite childhood memories were from the time he spent living at the Willows Ranch near Kingman where his stepfather was ranch foreman.

John enlisted in the Navy and served as a radioman during the 1962 Cuban missile crisis under Admiral Robert Dennison at CINCLANTFLT command center, an experience he remembered as being very intense. After John's time in the Navy and his return to Kingman, he spent several years as a test driver for Ford Motor Company at the Yucca, AZ proving grounds. Desiring a higher education, John left Ford and became a proud graduate of Northern Arizona University in Flagstaff, majoring in psychology and achieving a master's degree in Guidance and Counseling. He then went on to build a career working in the fields of mental health and behavioral health, starting out in a variety of clinical capacities and advancing to administration. John especially valued his experiences working for native American tribal communities in Arizona (Hualapai, Navajo, White Mountain Apache) and Washington State (Puyallup), gaining a life-long appreciation and respect for their histories and cultures. His last full-time position before retiring was as executive director for West Sound Treatment Center in Port Orchard, WA, after which he worked part-time facilitating support groups for a smoking cessation program in Tacoma, WA.

John loved the natural beauty of his two "home states", Arizona and Washington, where he found inspiration for his largely self-taught talent for painting. After retiring he was able to devote more time to developing this talent, creating many beautiful landscapes and cloudscapes. He enjoyed entering some of his work into juried and community art shows, winning some awards, and he was proud to join artists' collective groups in Tacoma, WA and Tucson, AZ. Leisure pursuits that John enjoyed were camping, fishing, dancing, and cuddling with his dogs. Those who knew John have commented on his ability to make them feel valued and appreciated, and they remember his quick wit and positive, easy-going nature.

A private celebration of John's life is planned for February 2022 in Tucson. The family asks that any memorials in his honor be donated to the American Lung Association.

To send flowers to the family or plant a tree in memory of John Wise, Jr., please visit Tribute Store