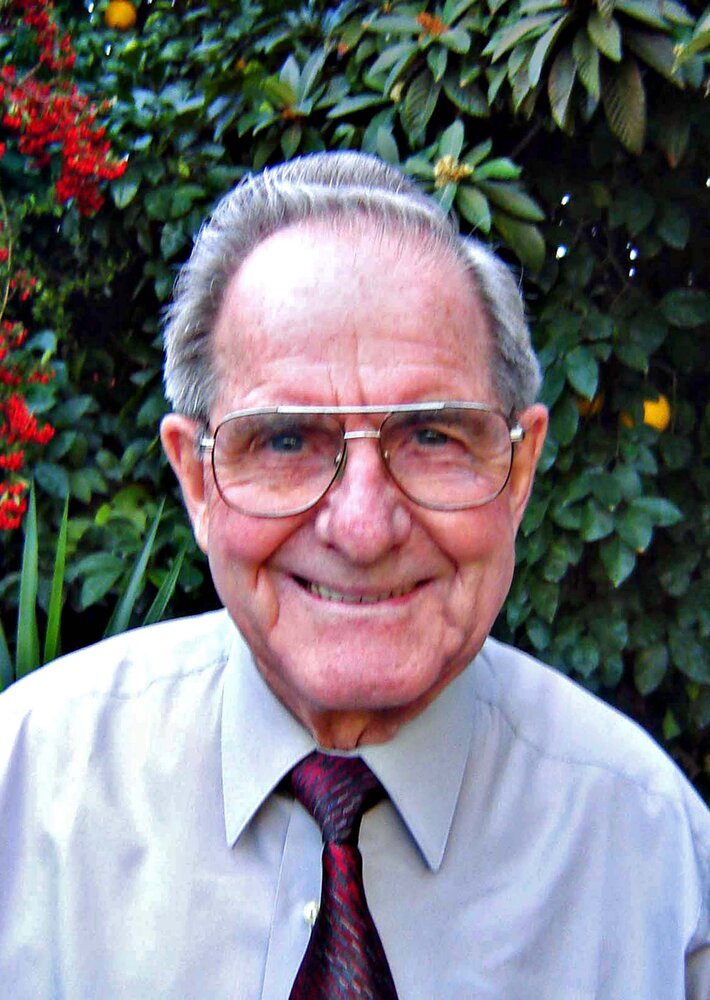 George William Ballingham passed away at the age of 101, in Tucson, Arizona. For over three years, he’d lived with his son and daughter-in-law, Tim and Pam Ballingham.

George graduated from Ogden High School in 1938, and earned an airplane mechanics degree from Weber College in 1940.

He entered the Army Air Corps on February 9, 1942 at Fort Douglas, Utah, as an aircraft power mechanic, and later became an aircraft maintenance technician.  He achieved the rank of Staff Sergeant.  He was later sent to the Jet Experimental Unit, part of the 445th Fighter Squadron, Santa Maria, CA., and was honorably discharged on November 28, 1945 at March Field, CA.

George was a member of the Church of Jesus Christ of Latter Day Saints.  He enjoyed supporting Janice’s professional music career and, from her, learned to play the piano and organ.  He took great pride in repairing furniture; helping friends and neighbors; keeping a yard filled with flowers; creating decorative wooden objects turned on a wood lathe, and preparing party food for family and friends on his patio deck.  George loved children and some called him “grandpa.”

A celebration of life will be held on January 8, 2022, at 11:00 am at the Burch Creek LDS ward building, 4955 Adams Ave.  This will be followed by internment for close family and friends, located at the Washington Heights Memorial Park at 1:00 p.m., 4500 Washington Blvd., Odgen, Utah.

The family respectfully suggests that those that wish plant a tree in memory of George William Ballingham at www.thetreesremember.com